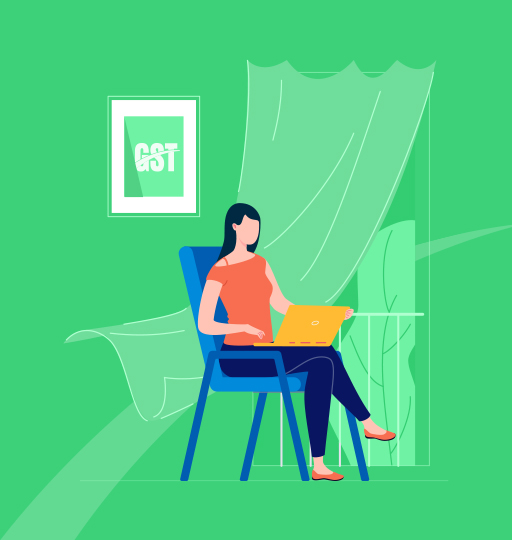 Learn how to make tax payments for GST on time

Every registered taxpayer should pay their taxes by 20th of a month. Let’s take an example where a business is filing GST returns for May during the month of June. In that case, it should file all the returns and make tax payments by 20th of June.

If the taxpayer did not pay the tax due by 20th, an interest on the tax due will be applied. Also, they cannot file the tax returns for the next reporting period.

The GST portal has provided the following ledgers to facilitate and manage GST payments.

All payments made by the taxpayer will be recorded under the cash ledger. This includes tax payments, penalty, interest amount, etc.

This ledger holds a record of Input tax credit given to a taxpayer. The ITC is credited after the validation of submitted transactions in the GSTR-2. The ITC credited can only be adjusted with the GST payable and not with late fee or penalty.

The taxpayer would get all the information regarding GST payable, penalty, late fee, etc.

GST portal has multiple options through which you can make tax payments:

Over the Counter Payments

Over the counter (OTC) payments can be made if the GST payable is less than Rs. 10,000. The amount can be paid by cash, cheque, or Demand Draft (DD). Amounts exceeding Rs.10,000 should be paid using one of the below options.

One way of paying taxes is by generating an electronic challan from the GST portal. In order to do that, the taxpayer should deposit the amount in the cash ledger of the GST portal. After adding money, they will have to generate the challan by filling the form GST PMT-06. The challan generated will be valid for a period of 15 days.

Another mode is payment include performing online payment using:

A Challan identification Number or CIN will be issued upon making the tax payment. This will act as a reference number for the payment.

If you’ve received input tax credit, you can offset it with the GST payable and pay the balance amount to the tax department.

Refund under GST can be claimed under following cases:

Refunds filed under any of the above cases will be calculated by the GST portal for each type of tax: SGST, CGST, and IGST. If you’ve paid an excess amount for GST, or wish to claim refund, you will have to fill out an electronic form from the GST portal. The portal would verify the claim and refund the excess amount. The processing time for the refund application could range from two weeks to as long as sixty days.

Tax defaulters will be subjected to warning, followed by a penalty. Penalties under GST can be classified under two categories: